What’s in the water? A closer look at Swiss thermal baths

We all know taking a long soak feels good, but is there any proof that these natural thermal spas do anything for our health? Here’s what the experts – and the Romans – have to say.

Switzerland’s thermal baths, dotted throughout its mountain ranges, have long been hailed as a secret weapon in achieving inner peace, calm and vitality. But there is more to these waters than soothing tired legs after a long day on the slopes. Thermal baths – pools of water with mineral properties naturally warmed at various temperatures – have also been prized for their health-giving properties for thousands of years.

“Hippocrates was the first who considered illness as an imbalance in the body,” says Hans-Peter Veit says, Director of Health & Spa at Grand Resort Bad Ragaz in St. Gallen. “I personally, truly believe that thermal baths can relieve pain and even heal various diseases. But it is very strongly dependent on the composition of the water related to minerals such as iodine, bromine, sulfur, ammonia, soda, calcium, magnesium, potassium and iron.”

One study, by Dr. M. Waldburger, found that the mineral-rich waters like those of Bains Ovronnaz in Valais can help to ease pain and discomfort caused by musculoskeletal disorders such as rheumatism, as well as metabolic, neurological and circulation disorders. Sulfate and calcium contain powerful anti-inflammatory properties that could aid recovery from injury, alleviate sore muscles, aching joints and improve mobility, according to a 2020 study. Moreover, magnesium is vital to muscle function and bone formation, and can stimulate sluggish digestion.

For Veit, the benefits go far beyond the physical.

“Thermal water reduces the effects of stress that accompany our modern lifestyles. Mental balance is, in my opinion, essential for recovery and rehabilitation,” Veit says, adding that “the healing properties of thermal water have been well-documented for centuries.”

Do as the Romans do

As is with many of the finer things in life (like indoor plumbing and underfloor heating), things really started to heat up when the Romans arrived on the scene. They viewed thermal baths as a way to combine their passions for socializing and improving their health – something they were able to do in abundance in Helvetica (the Roman name for Switzerland).

Baden, a stunning town about 30 minutes northwest of Zurich, was known throughout the Roman Empire as “Aquae Helvetica,” or Swiss Waters. Its 18 springs, naturally heated to 47°C, contain the highest concentrations of minerals in Switzerland, and to this day the town remains one of the most popular wellness destinations in Europe. The water is stored in rocks beneath the town for anywhere between 4,000 to 12,000 years, enriching it with unusually high concentrations of calcium, iron and sulfur.

Professional Roman soldiers built the first thermal baths in Baden in the 2nd century AD. The baths also served as a sort of medical clinic and place to worship religiously. The German, Swiss and Roman men and women would bathe together nude in the open-air baths, according to Rivers and the Power of Ancient Rome by Brian Campbell. In spring of 2020, archeologists uncovered a preserved basin in Baden that used to be a part of the city’s open-air St. Verena thermal baths — dating back at least 2,000 years.

The soil in and around Yverdon-les-Bains in the French-speaking region of Switzerland, meanwhile, has endowed the town’s thermal baths with a unique composition of minerals that has been much-sought after for over 15 centuries. The Grand Hotel & Centre Therme is one of the best known spas in the area. Travel two hours east by train, and you will arrive at the Valais town of Leukerbad, the waters of which the Romans (yes, them again) dubbed “blue gold.” Today, Leukerbad-Therme remains the largest spa resort in the Alps.

The popularity of thermal baths may have taken a, ahem, dip during the Reformation period, as social attitudes to public bathing became increasingly prudish, but they came storming back during the 19th Century’s “Belle Epoque,” and since then Switzerland’s public and private baths, resorts, clinics and spas have thrived. At most modern thermal baths in Switzerland, bathing suits are required and facilities are mixed sex. A number of more traditional Swiss spas encourage nudity and have designated “men only” and “women only” days. Much of the Swiss thermal bath industry’s enduring success relies on the notion that spas aren’t just there to help us relax and recharge – they also provide measurable physical and mental benefits.

A deluge of health benefits

“The soothing effects of water work to alleviate pain in the muscles and nerves of pain-afflicted areas,” Veit says. “For patients who suffer partial loss of mobility due to chronic pain…water reduces the stress of body weight and offers resistance that makes the setting optimal for gradual strength training. It is proven that thermal water therapy also reduces physical tension and mental stress.”

In Switzerland’s many spa towns healing is multifaceted, and it’s common to see modern medicine juxtaposed with complementary, holistic therapies. Peter Francis Cunneen an acupuncturist, herbalist and naturopath at Chi Rivers/AcuCentre in Geneva says: “Bathing in these ancient waters can be healing physically and spiritually, especially if approached with an open-minded, positive intention.”

Perhaps one of the most revered benefits of thermal water is, of course, the effect it has on our skin. Whether it’s stripping our skin of pollutants or combating more serious dermatological conditions, there is evidence that bathing really does make us look and feel better.

In a recent study, the list of skin diseases successfully treated by balneotherapy, or water therapy, includes psoriasis, dermatitis, as well as acne, rosacea and xerosis. The waters found in the Alps in particular are considered the most effective due to their regenerative and antioxidant effects.

Therapeutic, holistic, restorative. There’s a growing body of evidence that thermal water offers impressive benefits, and that Switzerland boasts some of the best baths in the world.

Ultra Swiss may benefit from clicking on one of our affiliate links. Thank you for supporting us! 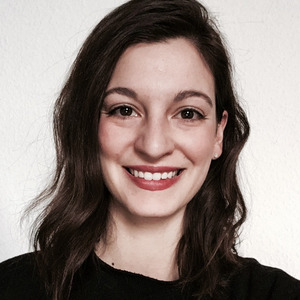