Pascal Schmutz is one of Switzerland’s most distinguished chefs. He consistently focuses on sustainability because he feels deeply connected to Swiss traditions. This earns him admiration – but not exclusively.

When Swiss chef Pascal Schmutz opens a new restaurant, the country takes notices. But this time, the top chef has opened a Swiss restaurant that promises to be true to its Alpine roots – S’Nani is the first Swiss restaurant with “regio.garantie” certification from Alpinavera, meaning that 80% of the food is purchased from certified organic farmers.

“But we actually try to make everything regional; 90% of what ends up on the plate comes from the region,” Schmutz says matter-of-factly about his new venture, S’Nani, in the city of Laax. The chef and restaurateur exudes enthusiasm with every breath; and, at our meeting in Zurich, he speaks quickly and passionately about his work.

“I became a chef because of the people,” says Schmutz, adding that he was never happy to simply call producers and order food. “I always wanted to get to know people, I wanted to see what they were doing, and preferably create something together right away.”

This kind of obsession is typical of a top chef, and one who has been awarded 16 Gaultmillau points. It may also explain why his last engagement as managing director of the renowned restaurant “Blaue Ente” ended unhappily.

“If I’m brought in to change things, but then I can’t change anything, it can’t work,” Schmutz says, adding “Either I can be me – or else I have to leave.”

The man from the Seeland around Biel has his philosophy – and he follows it down to the last detail. His focus is on sustainability – but not just the trendy variety you find in many cities today – he focuses on the responsible use of natural, regional resources.

This return to “grandmother cooking” is appealing, but it has its pitfalls. When the summer is as wet as it was in Switzerland this year, for example, chefs like Schmutz had to go without staples such as potatoes and fennel. Moreover, he was unable to serve a single fruit for a brunch on the Swiss national holiday on August 1, because none were available regionally.

“For me, it’s all super-exciting, it’s an educational process. But not all guests think it’s cool if they have to do without their blueberries in their müesli,” Schmutz says, adding “And you also have to explain to the kids why we don’t have Coke Zero or why we serve our honey glacé instead of vanilla glacé.”

For Schmutz, cooking regionally also means hearkening back to a time when food was scarce and the Swiss used every part of food available to them. For example, Schmutz uses rhubarb leaves by finely chopping them and mixing them into salads. A little has a refreshing effect, “but not too much; that would be toxic,” he adds. A holistic, conscious, and “waste not, want not” approach to cuisine is at the heart of S’Nani.

“When I see a cart full of pig’s heads at the butcher and hear that it’s all going to waste, I think, ‘It doesn’t have to be that way.’ Pork cheeks can taste just as good as veal cheeks. They’re just not as en vogue right now,” he explains. If you can grow and produce the ingredients yourself like Schmutz does with his herbs and spices, even better.

Rosemary, thyme, sage and basil are staples in Swiss cuisine. Thanks to climate change, more exotic herbs like lemongrass can be grown in Switzerland now, too. Schmutz also uses juniper, cloves and the somewhat out-of-fashion “kümmi” (caraway seed). For the innovative chef, however, unusual items such as pine needles or Swiss stone pine also go on the menu, which gives S’Nani’s cuisine such a unique edge.

“We even make the pepper ourselves. Pepper from the mill stifles any other flavor. We use our own pepper, I boil it in red wine, let it dry in the sun and season it with cognac,” Schmutz says.

“Milk, cream, whey – everything is best fetched from the organic farmer himself,” Schmutz says, adding that the real difference is in whether you source products from the producer or the grocery store.

“If a farmer calls you and tells you he has to kill his donkey, you go there and then make a salametti with regional nuts out of the meat, that’s completely different than buying the salami in the store,” he says. Schmutz adds that he has nothing against people who eat meat, but anyone who buys cheap meat from the store should first go and see how such meat is produced.

“I became a chef because of the people,” Schmutz says. He never wanted to just call producers and order food. “I always wanted to get to know people, I wanted to see what they were doing, and preferably create something together right away.”

Which is why Schmutz takes time to know where every ingredient in his kitchen is coming from. For example, he makes an annual trek to Seeland to help women at the “Zibelemärit” (onion market) braid pounds of onions in front of a wood-burning stove.

“In moments like that, I think, this is the coolest world ever – but at some point it will be lost if we don’t pay attention and take care of our culture,” Schmutz says.

For the 36-year-old chef, Swiss food reflects the country’s melting pot of cultures. A pot roast in a Ticino grotto, a good glass of white wine in Welsh-speaking Switzerland, a piece of cheese on an alp where someone might also be blowing an alphorn: That’s what Switzerland is all about.

“We’re learning again that the two complement each other, that they belong together. That’s good, because we can be proud of these traditions,” Schmutz says.

He is also convinced that Swiss food – especially when combined with traditions – is healthy.

“For me, health has to do with lifestyle,” he said, adding “If you run up a mountain and treat yourself to a fine Rösti with lots of cheese and a good glass of wine at the top of the alpine hut, health apostles might roll their eyes. But for me, it’s healthy because it’s the perfect experience. If you’re happy, you’re healthy in the end.”

Interested in making one of Pascal Schmutz’s recipes? In the video below, he shows us how to make a seasonal soup in the Swiss wilderness.

Lukas Rüttimann has been a writer as long as he can remember. He has worked for numerous Swiss newspapers and magazines, and been everything from being a staff writer to editor-in-chief. As a freelancer he writes about what he loves. Cooking, health, nature, sports and nutrition are some of those things, even though he considers his writing still superior to his cooking. Lukas has lived in the United States but returned to Switzerland recently, because home is where the heart is.

Lukas Rüttimann has been a writer as long as he can remember. He has worked for numerous Swiss newspapers and magazines, and been everything from being a staff writer to editor-in-chief. As a freelancer he writes about what he loves. Cooking, health, nature, sports and nutrition are some of those things, even though he considers his writing still superior to his cooking. Lukas has lived in the United States but returned to Switzerland recently, because home is where the heart is. 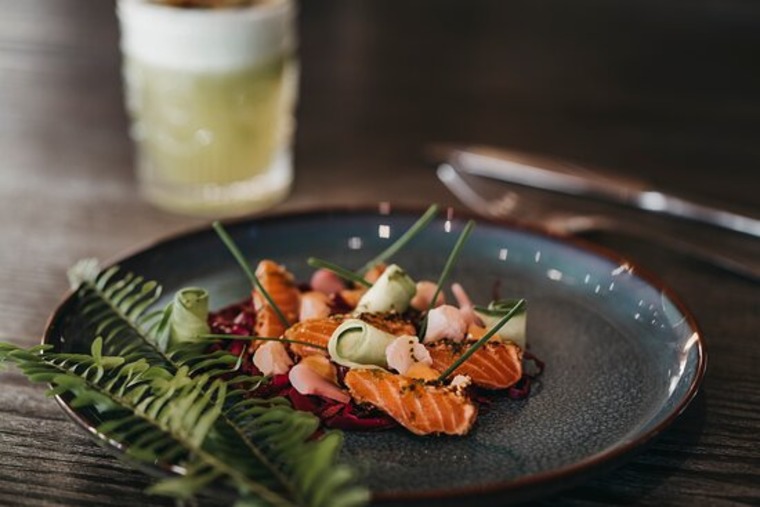 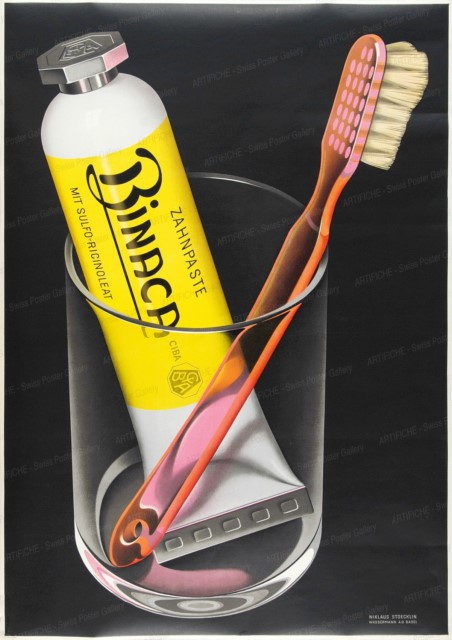 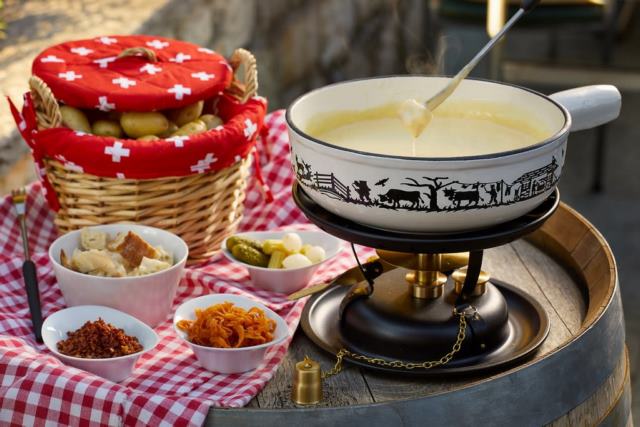 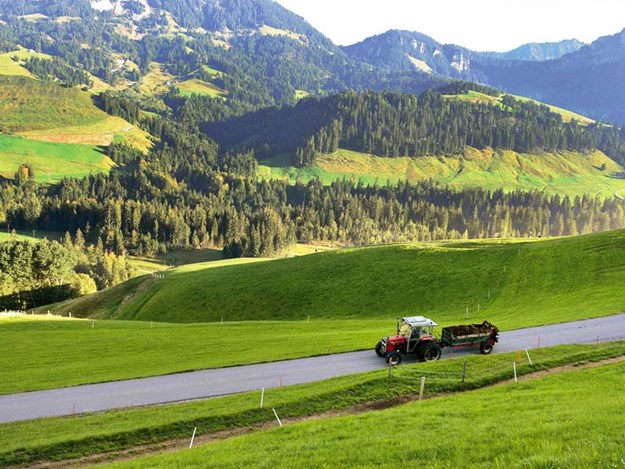 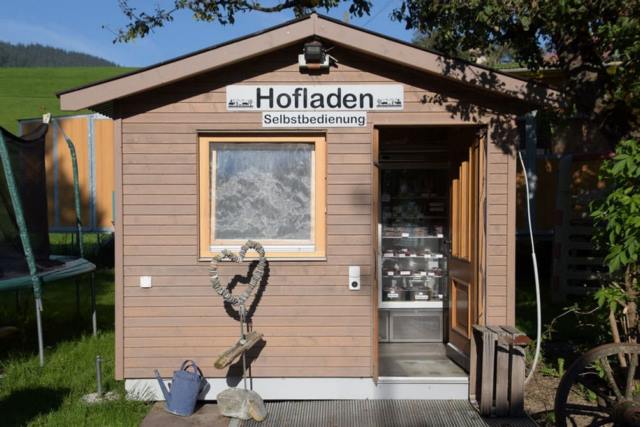