Cannabis: Will Switzerland be the next to legalize?

Three months ago, Malta became the first country in the European Union to legalize cannabis for personal use – a move that some lawmakers say has opened the door for legalization in Switzerland and perhaps, across the continent.

In December 2021, the government of Malta passed a law allowing citizens to grow up to six plants at home, possess seven grams of marijuana while out, and even allow the formation of social cannabis clubs. Although it is still a long way off from many U.S. states where marijuana can be purchased like a six-pack of beers, the law marks a big change for cannabis in Europe.

Europe and cannabis: A long way to go

While Germany, Italy and Luxembourg could beat Switzerland to the punch, the Alpine nation’s path to legalization appears to be the easiest among European nations.

Although the enthusiasm for the legalization of cannabis appears high under German chancellor Olaf Schulz, it may take years to happen as a cannabis bill must first be a priority for the German parliament before it becomes law. Priority has been given to COVID-19 and may now be more focused on aiding efforts in Ukraine.

A bill could be on 2022 ballots in Italy that would decriminalize cannabis possession and growing cannabis at home, according to Italian Prime Minister Mario Draghi. But whether the country is too divided to pass it (Italy is nearly 25% elderly), is yet to be seen.

Switzerland is unique in Europe, as it is not a part of the E.U. and is the only country with provisions allowing voters to directly change laws. If enough signatures can be obtained, the measure gets on the ballot and then voters decide. Cannabis use has been on and off Swiss ballots for years, but 2022 may be its time.

A friend of mine was recently detained by a plain clothes policeman in Geneva while he was buying a small amount of marijuana. Although he was not arrested, he did have to appear in court later and pay a small fine.

“Honestly, I was shocked when it happened,” he told me. “I see this stuff – these drinks and oils and all kinds of products with marijuana leaves on them sold everywhere in Switzerland. They’re in grocery stores! And then I read that marijuana was decriminalized here…and yet, I got in trouble? It’s really confusing,” he says.

It is confusing, even for Swiss voters. Let’s break it down.

In 2008, almost two-thirds of Swiss voters rejected an initiative to decriminalize cannabis for personal consumption. In 2010, a poll revealed that about one-third of the Swiss population has consumed cannabis and about 200,000 do so regularly.

In 2012, Switzerland did decriminalize minor possession of cannabis and several cantons even legalized the cultivation and use of cannabis (but the latter was struck down by federal courts). 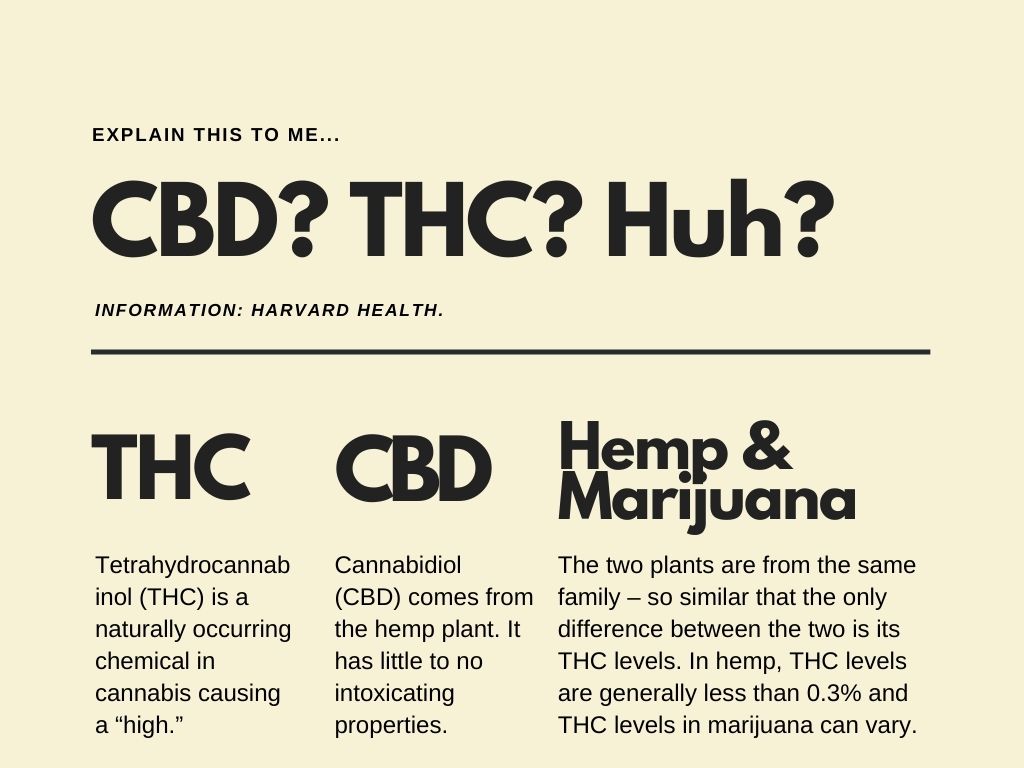 Today, cannabis containing more than 1% THC is classified as an illegal drug in Switzerland and punishable by up to three years of imprisonment and/or a fine.

However, products containing 0.99% THC or less are sold in nearly every convenience store. C’Ice Swiss Cannabis Ice Tea is a fairly popular beverage found in most vending machines at train stations. It is easy to buy CBD oil in larger Swiss cities – in fact, there is an upscale CBD boutique down the street from where I live, HOLYWEED, sandwiched between fine-dining restaurants and chic hair salons.

In 2021, Switzerland announced its intention to legalize cannabis entirely by allowing residents to produce, cultivate, trade, and consume it. The move is meant to undermine the black market for recreational cannabis by regulating it with quality controls, taxes and rules around advertising to minors. Although it will have to be approved by both the Swiss parliament and the Council of States before the law is passed, Switzerland is already moving in that direction.

Starting this year, Zurich will study its recreational effects under a three-year project called “Züri Can – Cannabis with Responsibility.” To ensure products are safe, local manufacturers will have to obtain a special permit from the Federal Office of Public Health to produce products with different THC and CBD content.

The products will be allowed to be consumed at special “cannabis social clubs” throughout Zurich. The effects will be studied by the city, the Zurich Pharmacy Network and the University of Zürich’s Psychiatric Hospital.

“The market is already there,” Paul Clairborne tells me while he’s shopping in Geneva’s HOLYWEED. He looks to be about mid-50s, wearing fashionable glasses and a designer suede jacket – a far cry from the Cheech and Chong stereotype.

Moreover, HOLYWEED is no dark basement with black lights. It is a small, attractive boutique on a prime corner of Geneva’s Eaux-Vives neighborhood. The merchandise is divided up into different categories, depending on which effect you are looking to achieve: Recovery (pain management), Sleep Tight (sleep aid), Wellness (combatting anxiety) and Intimate (for enhancing, well, you know).

HOLYWEED’s products are not cheap, either. An introductory bottle of CBD oil begins at 99 CHF (Swiss francs), while its Golden Oil is priced at 189 CHF. The clerk highlights some CBD teas for around 25 CHF and their least expensive item is a pouch with 3.5 grams of raw cannabis flowers for 15 CHF. It definitely does not feel like a place for teenagers, or even college students.

“I don’t see CBD as a way to ‘get lit.’ I use it for sleep and for stress. I’d rather relax with some CBD than get drunk on a Friday night and I imagine it’s healthier, too,” Clairborne says, shrugging his shoulders.

The next big thing in health?

The allure of CBD is, in part, because it is a safer choice than taking opiates, according to Harvard research. CBD is not addictive and cannot be overdosed. CBD can even be used in place of pain relievers such as Advil, which a large population cannot use because of stomach ulcers, kidney problems and other gastrointestinal issues. Its benefits range from curing insomnia to treating life-threatening conditions such as epilepsy.

Meanwhile, medical marijuana appears to help treat conditions where chronic pain is the main symptom, such as endometriosis, interstitial cystitis, and fibromyalgia. Studies show that it relieves symptoms of multiple sclerosis and lessens tremors in Parkinson’s patients, while most opiates available to these patients are highly sedating. Patients say small doses of marijuana allow them to resume their daily activities without feeling groggy, according to Harvard research.

The most recent studies into CBD’s medical benefits may shock you: CBD lessens the severity of COVID-19 infections and may even prevent the virus’s spread, according to a University of Chicago study in the journal Science Advances. While smoking a marijuana joint will not do much, regularly taking the right amount of pharmaceutical-grade CBD will help protect you from contracting COVID-19 and if you do contract COVID-19, CBD will help block its replication in lung cells and reverse many of its effects.

Overall, the stigma surrounding cannabis in Europe is falling away as research continues and old stereotypes die off. Should Switzerland legalize cannabis on a larger scale, I expect it will be done with much thought and organization – a model upon which other countries could mold their own laws.