We’ve excerpted an editorial from AltSwiss on how the Helsinki Commission has focused its microscope on Switzerland again – this time, accusing the nation of buddying up to Putin. 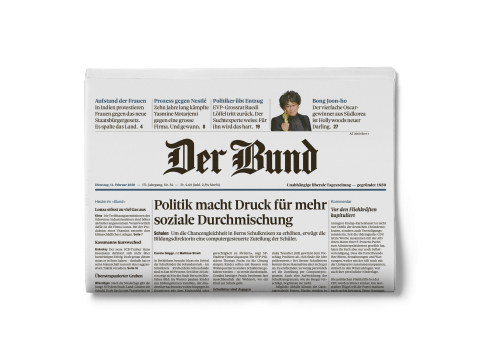 A recent article in Der Bund, a liberal paper out of Bern, has revealed that the U.S. government is accusing Switzerland of being the “leading enabler of Russian dictator Vladimir Putin and his cronies,” despite the fact that the Swiss Confederation in March broke its own historic neutrality in sanctioning Russian assets.

The accusation originated from the U.S. Commission for Security and Cooperation in Europe (a.k.a. The Helsinki Commission), which includes Swiss anti-corruption expert Mark Pieth and Bill Browder, a financier who claims that in 2013 Swiss prosecutors bungled a Russian money laundering case that involved the death of his Russian tax advisor, Sergei Magnitsky. Known as the Magnitsky case, a Swiss prosecutor determined that millions of frozen Swiss francs rightly belonged to the Russian government and accused Browder of being a tax cheat. Afterward, Browder stated “there is something rotten in Switzerland.”

In the years intervening, Browder also called for the U.S. to limit cooperation with Switzerland on issues of mutual legal assistance, a purely sovereign affair and frankly none of his business. But one has to be careful while working with Browder as he has a very loud voice in Washington circles among both parties.

According to the Der Bund article, Bill Browder has criticized the Office of the Attorney General of Switzerland and the former head Michael Lauber of being in league with Russia. He called the Office “corrupt or absolutely incompetent,” adding that Switzerland is “known as a place for war criminals and kleptocrats.” The article goes on to quote Mark Pieth, who is also a retired University of Basel law professor:

“[Lawyers and financial advisors] are not always subject to the Money Laundering Act when doing business with wealthy clients. This means that they are not even obliged to know the identity of their clients. This also means that they cannot report any violations of sanctions provisions and can even hide behind professional secrecy.”

True. Such arrangements have been used for generations. For example, during WWII many Jews were able to protect their assets from illicit seizure by Nazi predation. In this case, there may be Russian nationals who, via holding companies or otherwise, are protecting their assets by being similarly seized by a hungry (and itself sanctioned) Russian state.

It is well known that many Russian oligarchs are opposed to Putin, and that Putin has had more than one conflict with “his” oligarchs. Is it too much to assume that many of them likely earned their money through legal avenues?

Whatever the truth is, there is a lot of bad blood between Browder and Putin, and this grudge match is not finished. The point is, we do not accuse Bill Gates or Jeff Bezos of illegality in acquiring their enormous wealth, yet the assumption always seems to be that that the Russians are de facto guilty of ‘something’ while American oligarchs are as pure as the driven snow.

The question is: should innocent Russians also suffer asset seizures in Switzerland when they may be anti-war, as well? Is there to be due process law or not? Or can governments everywhere simply freeze bank accounts without a shred of due process?

The reaction from the Swiss Federal Government was quite strong. According to the article:

The whole commotion has left Swiss parliamentarians perplexed. Not even the vice president of the Foreign Affairs Committee of the National Council, Hans-Peter Portmann (FDP), can put the matter in perspective. He wonders “what legitimacy the Helsinki Commission” has at all. In any case, its activities could not have any international impact. Personally, Portmann therefore advises a relaxed approach to the accusations. He suspects that a group of U.S. politicians is merely trying to assert its own economic interests and disparage the Swiss financial center.

I would encourage Portmann to not be so relaxed. These things have a way of spiraling out of control, as the Swiss have seen in other contexts. Switzerland has so far adopted all EU sanctions against Russia. According to all that is known, this will continue to be the case in the future. And that will not be easy for the nation.

No, not easy, because it is a momentous break from Swiss neutrality. Moreover, Switzerland’s engagement with the global reserve currency holder is like dancing with the devil.

The Bund article continues with more comments from Pieth:

Recently, cunning lawyers from Zurich and Lucerne, who are suspected of having hidden money for Putin’s inner circle, have also received publicity. For them, corruption expert Pieth suggested to the Americans: “Put these Swiss lawyers on the sanctions list. Then they can’t even travel to Rimini [an Italian beach resort] without fearing arrest and extradition to the U.S.” It remains to be seen whether the threat of such drastic measures will be necessary this time as well before Switzerland responds.

Does Pieth believe in a trial before judgment, or should one convict and imprison without trial? What kind of person is happy to turn in his own countrymen to a foreign power via abduction, let alone without so much as a hearing? Does he feel that his own beliefs are enough to throw actual Swiss citizens into an American supermax prison?

We’ll be standing by to see how this unfolds.

Paige Baschuk is the editor-in-chief of UltraSwiss. This article is not written by Paige, but by one of our correspondents for AltSwiss. All opinions in the article are by AltSwiss.

Paige Baschuk is the editor-in-chief of UltraSwiss. This article is not written by Paige, but by one of our correspondents for AltSwiss. All opinions in the article are by AltSwiss.